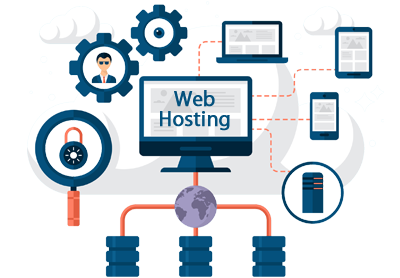 A web hosting service is a type of Internet hosting service that allows individuals and organizations to make their website accessible via the World Wide Web. Web hosts are companies that provide space on a server owned or leased for use by clients, as well as providing Internet connectivity, typically in a data center. Web hosts can also provide data center space and connectivity to the Internet for other servers located in their data center called colocation also known as Housing in Latin America or France Until 1991, the Internet was restricted to use only "for research and education in the sciences and engineering and was used for email, telnet, FTP and USENET traffic—but only a tiny number of web pages.

The World Wide Web protocols had only just been written and not until the end of 1993 would there be a graphical web browser for Mac or Windows computers. Even after there was some opening up of internet access, the situation was confused until 1995."

To host a website on the internet, an individual or company would need their own computer or server. As not all companies had the budget or expertise to do this, web hosting services began to offer to host users' websites on their own servers, without the client needing to own the necessary infrastructure required to operate the website. The owners of the websites, also called webmasters, would be able to create a website that would be hosted on the web hosting service's server and published to the web by the web hosting service. As the number of users on the World Wide Web grew, the pressure for companies, both large and small, to have an online presence grew. By 1995, companies such as GeoCities, Angelfire and Tripod were offering free hosting.